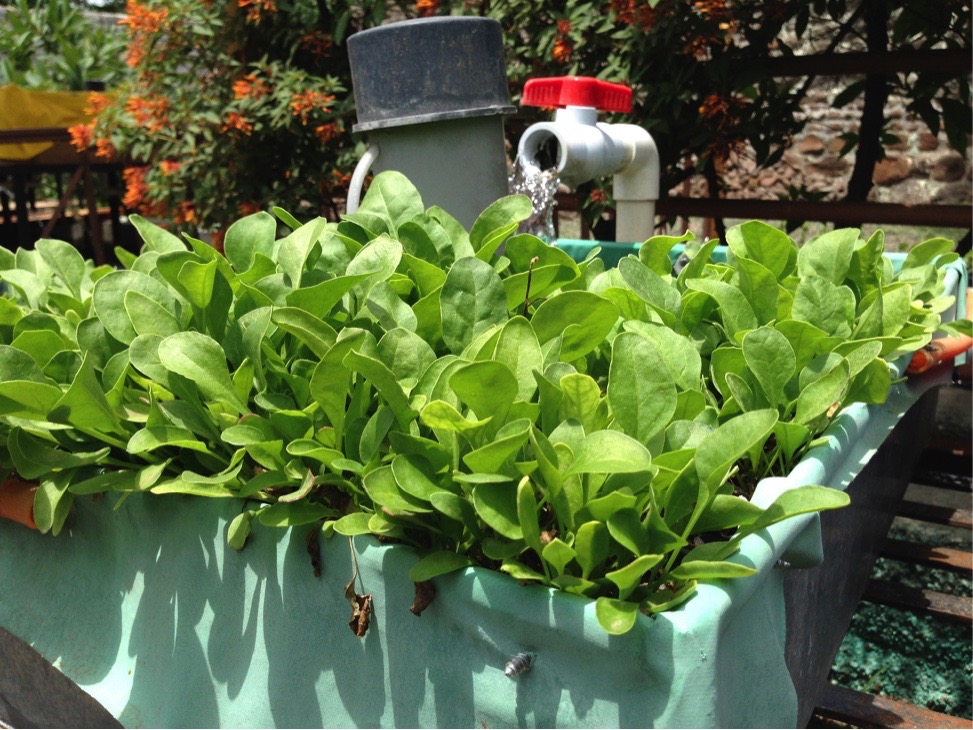 Aquaponics is a combination of hydroponics (growing plants in water instead of soil) and aquaculture (fish farming). Traditionally, a large percentage of water escapes into the ground and is not used by plants when they are watered. In traditional aquaculture, as waste builds up in the water, it is flushed from the system periodically, and new clean water is added. In aquaponics, a system loop is created so that the same water is re-circulated between the plants and fish. Basically, the fish and plants work together with helpful bacteria in a symbiotic relationship to survive – with the bacteria and plants cleaning the water for the fish, and the fish providing nutrients for the plants. 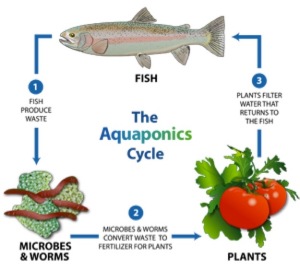 Potential benefits of aquaponics for rural Indian farmers include: organic food production, no dependence on rain for crops each year, no dependence on pesticides, no need to use fertilizer (you can use some organic fertilizer but shouldn’t have to), no need to use soil (and having to worry about its quality), a good source of protein and omega-3 fatty acids from fish, no need for a large space for the amount of produce grown, and great return on investment. In general, it helps with nutrition and economic stability, especially in drought-prone areas.

At CRHP, we are testing how aquaponics can potentially be helpful in drought-prone rural India, for local, poorer farmers. Currently some aquaponics is being done in other areas of India, but the majority of it is being done commercially with expensive materials inaccessible to rural farmers. There have been no successful attempts yet to design a sustainable system for these farmers who potentially could benefit the most from it. At CRHP we have been working step by step with local farmers to create a system that would be appropriate and practical for them to use. To do this we had to take a few different things into consideration. First, we wanted to make sure it was possible in rural India. With extreme heat, meddlesome animals, days without electricity, and the potential of monsoon rain, we didn’t know if it would be a viable plan. Second, we wanted to make sure we used easily accessible, local materials. Many people are doing aquaponics in the US with material that cannot be found locally in India. We decided if we couldn’t use local materials, it wouldn’t be worth making. Third, we wanted to make sure the cost would be low enough to be affordable for a rural farmer to invest in, or for a group to invest in collectively. This has probably affected our design process more than anything else, ruling out many conventional ways people do aquaponics because the initial investment is too expensive for a rural farmer to ever consider. Most importantly, we have to show that it is possible to grow plants without soil and that it is a sustainable and cost effective way to farm. Initially many people surrounding CRHP scoffed at the idea of growing plants in water. Now the idea is starting to catch as they see things growing. One farmer who has helped assemble our systems already has plans in place to make one aquaponics system on his farm. Currently we are still in the construction phase of our second-generation system, but hopefully soon we will be able to offer tours and tips to interested farmers in the surrounding villages.

Here are some pictures of the progress we have made over the past few months:

1) Initially we created three very small systems like this one: 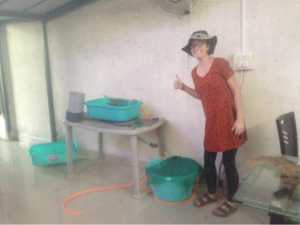 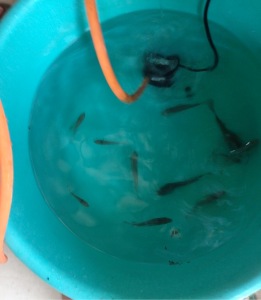 2) Then we stepped it up a notch and modified an old water fountain system to create a 20,000-liter system with around 200 fish. Currently we use it to experiment with different plants and grow bed designs. 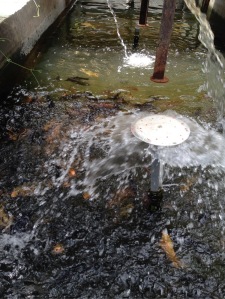 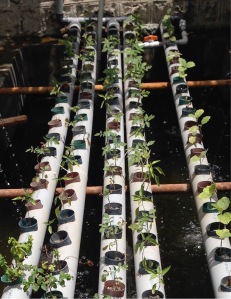 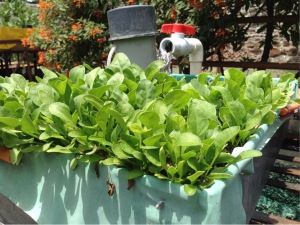 3) This aquarium was slightly modified for aquaponics. With the addition of only one plant into the top, the water has been crystal clear for 7 weeks without any cleaning. Before this, it was changed every week. 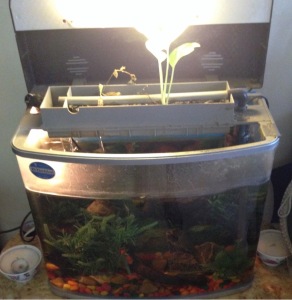 4) The past few weeks we have been applying what we have learned to begin building a much larger system geared towards maximum production. Next to it we are building a smaller system with an all new design to aquaponics that has the potential to drastically reduce cost for rural farmers. 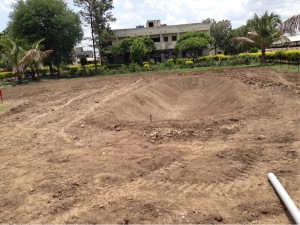 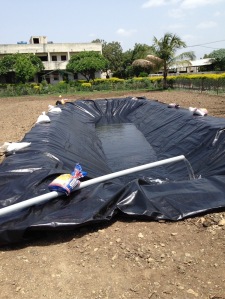 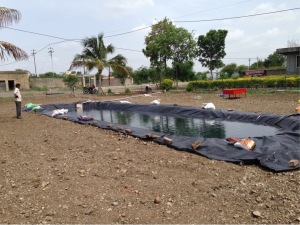 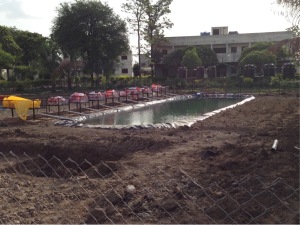 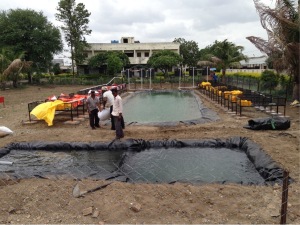